Vaccination is a key component of the footrot control programme for Monaghan sheep farmer Michael McHugh.

“We have been vaccinating for the past five years and we find that, when combined with effective treatment, proper foot bathing and culling of chronic cases, it has given excellent results,” said Michael who runs a pedigree Texel flock of 140 ewes and a 170 ewe commercial flock at Lisnashannagh on the outskirts of Carrickmacross.

He gets vital support in running the enterprise from his son John.  A qualified vet, John works with Murphy Sheerin Veterinary in Baltinglass, Co Wicklow.  He plays an active role in running the family’s pedigree and commercial flocks.

As the former head of the Teagasc sheep advisory service, Michael McHugh has vast experience in dealing with the ravages of lameness in sheep, to which footrot is the biggest contributor.

“Footrot is a persistent problem in a large percentage of sheep flocks and is one of the biggest factors affecting performance and profit, not to mention the massive drain on labour.  It is particularly difficult to eradicate where stock are being bought in,” he said.

When we called last weekend, Michael had sold all but one of this year’s crop of 61 Greenhill Texels ram lambs.  Of the six rams waiting collection, one was destined for a farm in Germany, an indication of the reputation of the flock.

All ewe lambs are held on the farm.  Around 60 are used as replacements for the pedigree flock and the remainder are sold as pedigree ewe hoggets for which there is a strong demand. 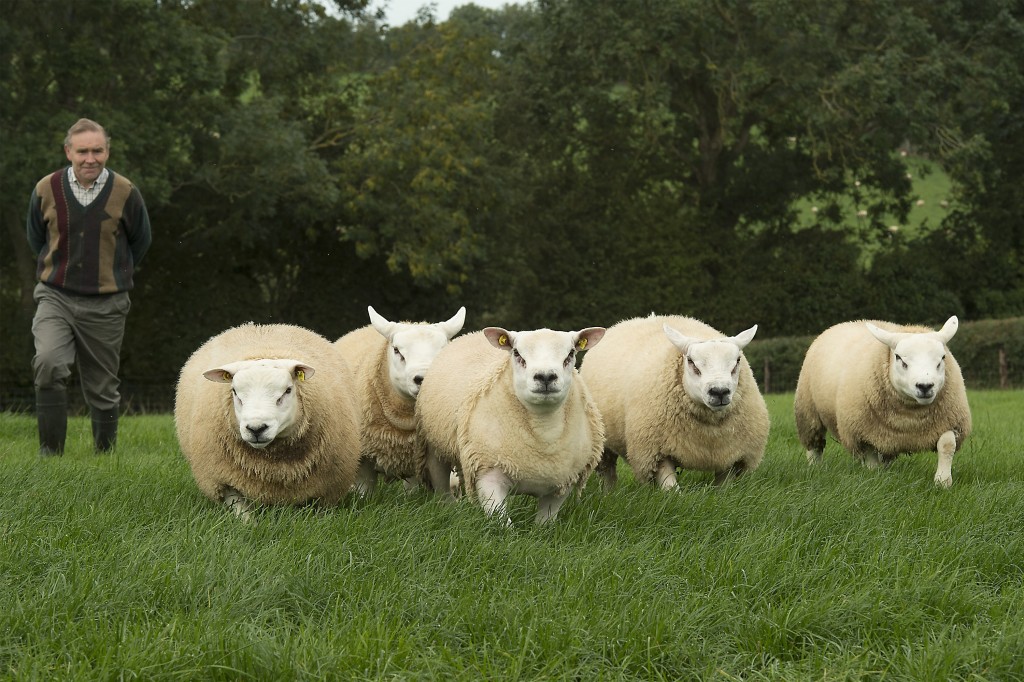 The emphasis now in McHugh’s Greenhills flock is on selection for maternal traits such as ease of lambing and milk yield.

The commercial flock consists of Cheviot/Suffolk ewes crossed onto Texel rams.  Lambs and cull ewes are sold through Monaghan Lamb Producer Group. Replacement ewe hoggets are bought in every year.  They come from Michael’s brother and nephew who run the home farm in Donegal.

“We have a scrapie monitored flock and must be careful of where we buy replacements. The bought-in hoggets are foot bathed with zinc sulphate immediately they arrive and are given the footrot vaccine.  They are kept separate from the main flock for at least three weeks,” he said.

All replacements are also vaccinated against toxoplasmosis and enzootic abortion.  Animals are not subsequently boosted.  There is also a rigid vaccination programme against pneumonia and clostridial diseases.

Operating as a vet in an intensive sheep area in west Wicklow, John McHugh has first-hand knowledge of the importance of effective footrot control programmes.

“Foot bathing techniques often leave a lot to be desired.  Running sheep through the bath and letting them straight onto grass just doesn’t work.  They should be left standing in a dry clean area for at least an hour,” he stressed.

Where there is a lameness problem, he advised foot bathing every two to three weeks. 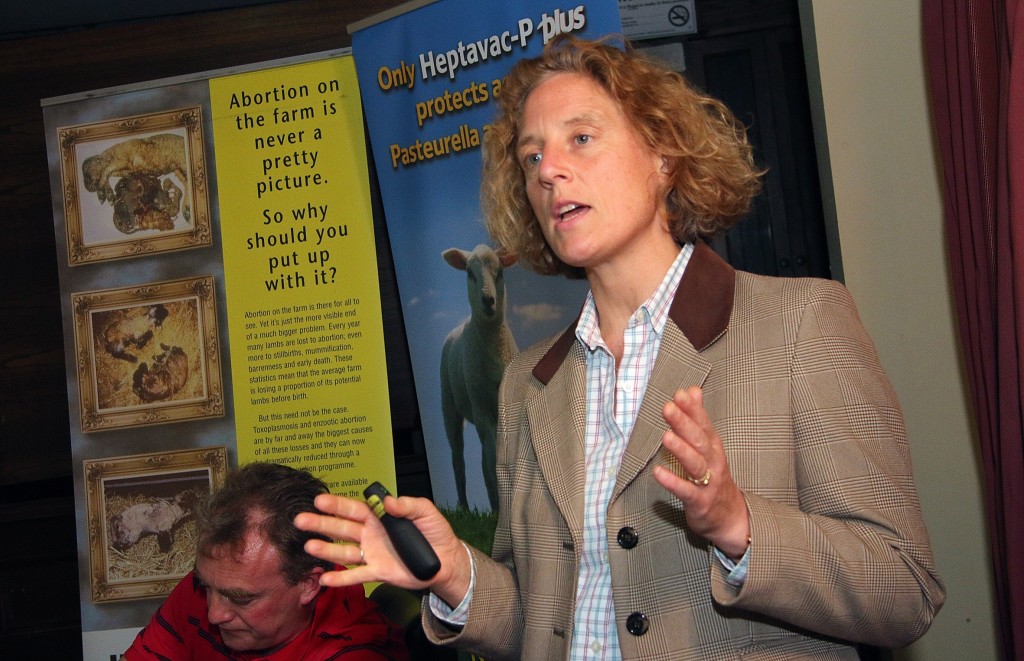 Dr Fiona Lovatt addressing farmers at a seminar on sheep health in Cavan.

A big drain on income

“Where footrot affects one in 10 sheep and is not treated, the income loss could be €20/head for every animal in the flock through lower fertility, poor performance and deaths of lambs and ewes. That’s a loss of €2,000 in a flock of 100 ewes not to mention the labour drain.”

This was the message from leading British sheep health specialist Dr Fiona Lovatt who spoke recently at a seminar for sheep farmers in Cavan.  The seminar was organised by local veterinary practitioner Finbarr Kiernan in association with MSD Animal Health.

Dr Lovatt, who is a vet and provides strategic advice on sheep health to farmers across Britain from her Durham base, said sheep never develop an immune response to natural infection with footrot.  This is why some sheep remain persistently infected and others continue to get re-infected.

“If footrot related lameness is over 2%, vaccinate the entire flock.  There is one licensed vaccine available.  Used as part of a strategic plan, it is highly effective,” she said.

Footbath – Use an effective foot bathing solution.  Ask your vet for details.

Treat – Clinical cases should be treated with an antibiotic spray and a long-acting antibiotic injection.  Pare only lame sheep and only where there is a benefit from doing so.  Routine foot paring has been associated with an increase in lameness.

Segregate – All lame sheep should be isolated from the flock and treated accordingly.  Keep bought-in sheep separate for at least 21 days.

Cull – Some sheep are chronic carriers and will not respond to treatment.  They are a continuing source of infection and should be culled.

Vaccinate – It is highly effective against virulent footrot when used as part of a strategic plan.  It also helps to reduce antibiotic use, an important consideration in the current climate of concern about over-use of antibiotics.