In 1994, Sean Cronin took over what was then an outside block attached to the family’s dairy farm at Mallow, in Co Cork. 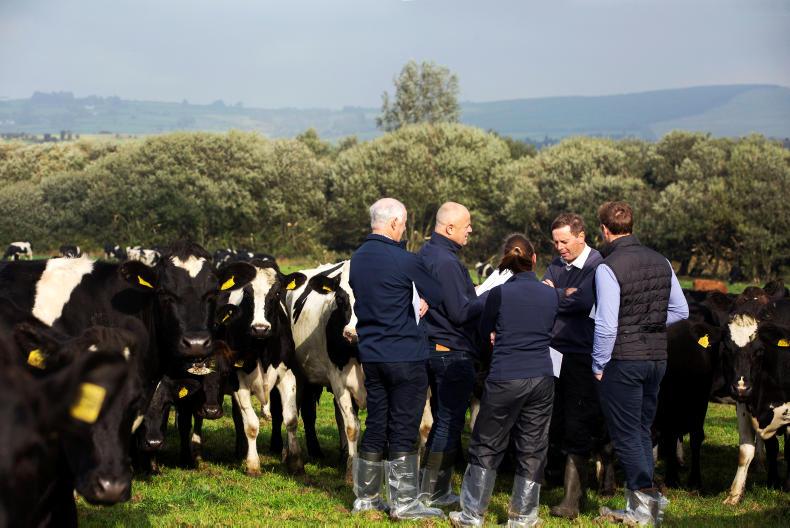 Sean together with his wife Leona, they built up a large suckler herd at Buttevant, before converting the farm to dairy in 2009. They milked 380 cows at peak in 2018 but they were milking 340 cows when the judges visited Buttevant in early October. In 2016 a new lease was taken on enabling the herd size to increase.
With 130 hectares around the milking block, this is a large farm with 195 hectares in total. The farm will be stocked at 3.2 cows/ha next season with over 400 cows going through the parlour. The Cronins are currently building a new parlour, with a 44-bail rotary parlour being installed.

Sean is passionate about grass and the merits of low cost grass based farming. All the judges were very impressed with his grassland management. Cows were cleaning out paddocks exceptionally well. The farm grew 16t/ha of grass last year, but the drought will reduce that somewhat for 2018. Sean fed around 550kg of meal per cow in 2017 and the herd produced 438kg of milk solids per cow. Sean grows beet on the milking platform every year which he feeds to cows in autumn, winter and spring.
“Beet is a very high yielding and a very high energy crop. For me, it transfers energy from the summer to the shoulders of the year and the cows milk great off it. It’s a much better feed than silage.” Sean says. After building up the cows on beet slowly, they get to strip graze it for a few hours every day. When the judges visited in early October the farm had an average farm cover of 920kg/ha of grass and the cows were on a 40-day rotation length. 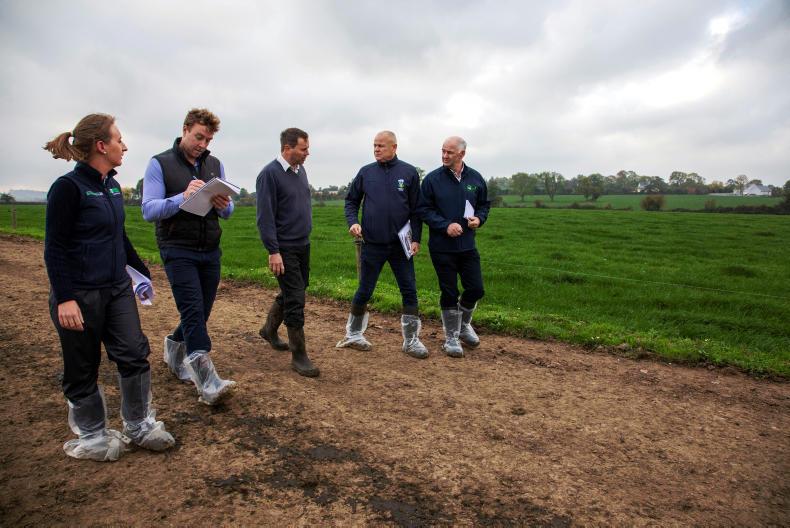 Preventing disease is the name of the game on this farm. Cows are vaccinated against salmonella, IBR, leptospirosis and calf-scour, whereas the calves are vaccinated to protect against pneumonia and clostridial diseases. Sean places a lot of emphasis on prevention of disease in calves, with all calves getting stomach tubed with 3l of colostrum. Sean makes sure each calf gets the colostrum within the first two hours of birth to maximise the transfer of antibodies from the cow to the calf.
Calving sheds are cleaned out every two or three days, using a tractor and scraper, which Sean says removes 95% of the straw and dung very quickly and easily. He says regular cleaning reduces the build-up of bugs and bacteria in the calving sheds.
Cows get dairy AI for six weeks and then get in-calf to Angus. Calves are fed whole milk for about three weeks before moving to milk powder when they are fed once a day. Sean is getting the full benefit of the scour vaccine by feeding whole milk for this period.

Cows go out to grass after calving. Some of the later calving cows are housed on the leased farm up the road. The median calving date is 20 February so after this date the cows up the road come down to be calved on the home farm. Bull calves go to the mart at two weeks of age, to reduce the workload and the pressure at calving time.

The cows are a mix of Jersey crossbred and Holstein Friesian. Sean picks bulls based on their EBI placing an emphasis on the fertility, milk and health sub-index. He does his own AI and picks his own bulls and assigns them to cows based on what best suits that cow. Breeding performance is good with just 7% empty after 12 weeks of breeding. The EBI of the herd is over €140.
On the day of the judges visit the cows were producing 17.5l per day at 5.29% fat and 4.31% protein which is 1.73kg of milk solids while eating 5kg of meal.

The Prevention For Profit competition is aimed at innovative dairy farmers who are maximising their profitability by focusing on four key pillars of production. Nutrition, genetics, management and animal health.
For this competition, a panel of judges went on-farm to assess the farm’s level of productivity and profitability. The overall winner will be selected from this on-farm assessment.
Winner will be announced in the Dairy Day supplement published 15 November.