Spring 2016 will see an increased number of calves born on a significant number of dairy farms in Ireland due to the end of the milk quota system. Calf management is a major influencing factor on the efficiency of a dairy farm.   Calf health and productivity have a direct effect on growth rates which largely determine whether a calf rearing enterprise is profitable.  It is also broadly accepted that more intensive management systems have a higher risk of a disease outbreak than smaller scale systems. 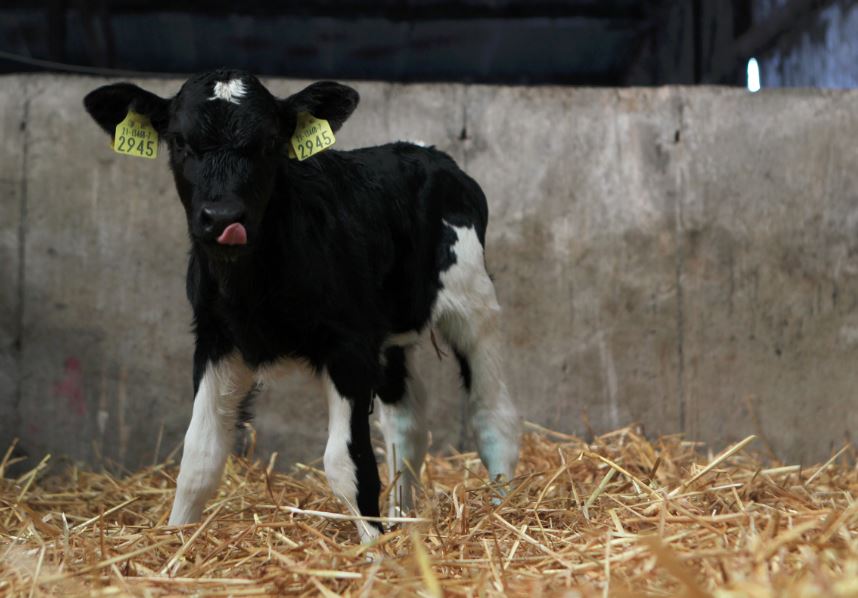 Sickness and death levels in calves are critical elements to monitor on farm.  In 2013 according Animal Identification and Movement (AIM) System data, 60369 calves were reported to have died within the first 6 weeks of life.  This equates to 2.88% of calf births but accounts for 45.6% of the total calf deaths up to 1 year old.  The same data indicated that almost 80% of the total deaths in calves up to 1 year old occurred in the first 6 months of life.

The All-island animal disease surveillance report 2013 identified gastro-enteric disease as the most common cause of death in neonatal calves (<1 month of age) submitted for post mortem examination, accounting for 38% of cases in Northern Ireland and 27.6% in Ireland.

However a different trend emerges in calves aged 1 to 5 months submitted for post mortem. The report indicated that respiratory disease was responsible for 38% and 29.5% of cases in Northern Ireland and the Republic of Ireland respectively.

The animals most at risk of dying are those in the first six weeks of life.  Special attention has to be given to this category of animal in order to prevent such wastage.  However, from 6 weeks to six months of age calves also need added protection against disease as they remain a risky category for this time period. Utilising these data, farmers and veterinary professionals can tailor disease control programmes and institute management decisions appropriately to the relevant age group.

There is a wealth of knowledge available on farms to assist in the reduction of disease in calves in future seasons.  Preparation for the impending calving season should involve assessment the level of disease experienced in previous seasons, assessment of the identified causes of disease and implementation of a suitable, tailored disease prevention programme.

Your veterinary practitioner can routinely blood sample a number of calves, within the first few days of life, throughout the season to assess calf immunoglobulin levels. This acts as an indicator of how well colostrum feeding practices are being carried out.  Calves should be approximately 2 days old, healthy and adequately hydrated. Sick dehydrated calves can give erroneous results.  Zinc Sulphate Turbidity test (ZST) or Total Protein (TP) assessment are common test methods.  In 2013, 56% of samples submitted to the laboratories in Ireland for analysis were found to have inadequate levels indicating poor colostrum feeding practices.   Target: 90% of calves tested achieving results greater than 30 units (ZST) or 5.5 g/l (TP).

Vaccination has been successfully utilised to increase colostral antibodies to rotavirus, coronavirus and Escherichia coli. This approach helps to reduce losses due to scour within the first weeks of life prior to the calves’ own immune systems being able to respond to infection adequately.  The dam can be vaccinated from 3 weeks to 12 weeks prior to calving and this is commonly carried out at time of drying off.  Protection from this vaccination programme is achieved by feeding colostrum from vaccinated cows to their calves as detailed already in this article.  When calves are fed milk from vaccinated cows for two to four weeks after birth these antibodies in the vaccinated dam’s milk have been shown to reduce the incidence and severity of scours and reduce the shedding of virus from calves infected with rotavirus and coronavirus 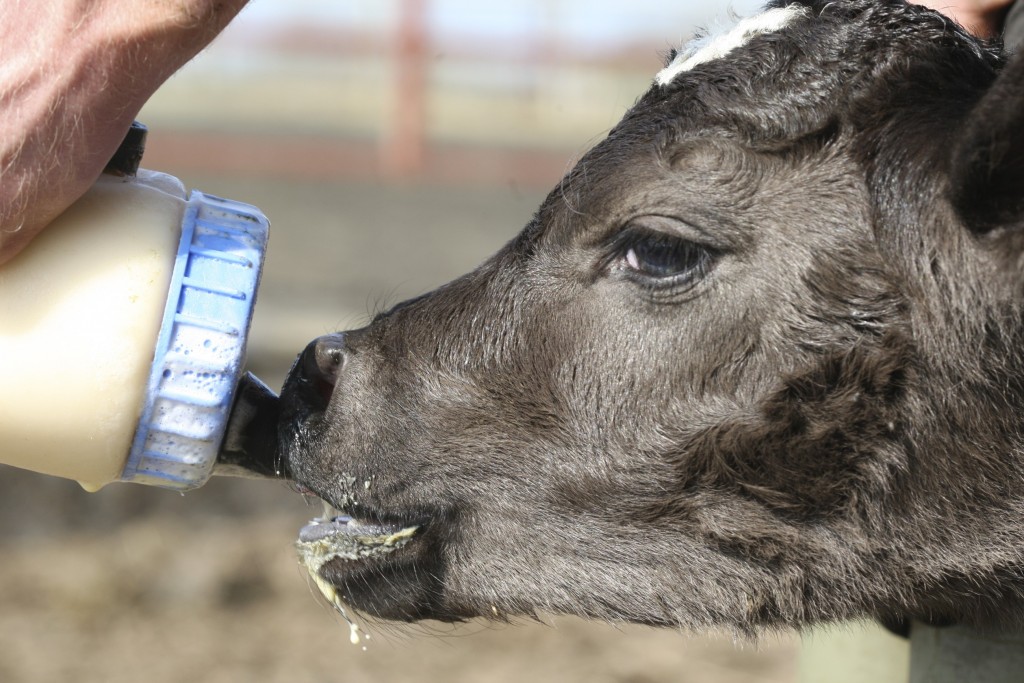 Once calves are moved from the calving pens they require a heat source to ensure they dry rapidly.  An infrared heat lamp is a simple and effective source of heat for young or sick calves.  Straw bedding is proven to be a very effective insulator reducing heat loss from calves.  In order to be effective, bedding should be clean, dry and deep enough for the calf to make a nest in.  Unfortunately, far too many calves lie on very shallow bedding rather than being provided enough bedding to lie in.  Calves in their first weeks of life will use energy to maintain their body temperature if the environmental temperature falls below 15 degrees Celsius.  During spring average daily temperature are commonly less than this which means that, unless action is taken, calves will reduce their growth rate in order to keep warm.  Methods of dealing with low air temperatures in calf accommodation include infrared heat lamps, deeper straw bedding, calf coats and increased feed amount or feed concentration.  A simple addition to any calf house is a maximum/minimum thermometer which clearly indicates the extremes of temperature during a 24 hour period allowing an informed decision to be made regarding adjustments to the calves’ environment.

One of the main causes of scour in calves less than 2 weeks of age is a parasite called Cryptosporidium parvum; resulting in acute scour and abdominal pain.  There is a licensed product which can prevent diarrhoea associated with cryptosporidiosis and must be administered orally for 7 days from 1-2 days of age.  This should be used on all calves subsequently born after a diagnosis of cryptosporidiosis has been made.  Other supportive therapies including adequate nutrition, warmth and exclusion of draughts all help to maintain calf health. 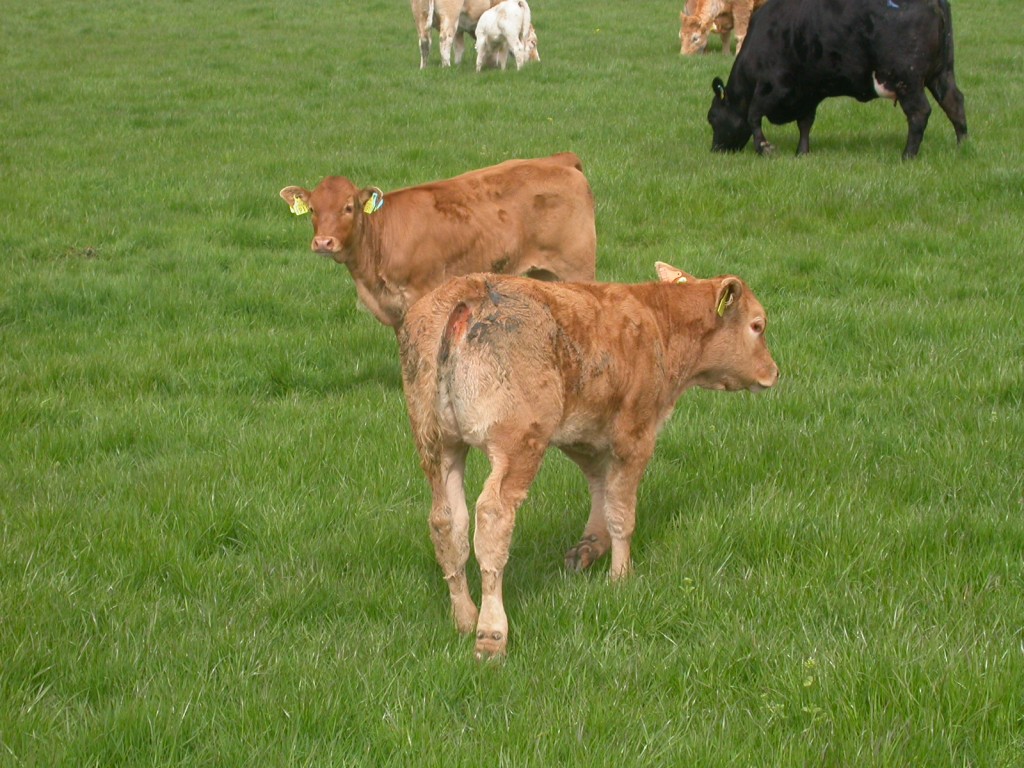 Drinking water should be freely available from the outset for baby calves.  Milk feeding should allow for calves to grow at a rate of at least 800 grams per day with the aim to weigh at least double their birth weight by 56 days old.  Nutrition during the first six to seven weeks of life significantly affects milk yield in the first lactation and can boost lifetime milk production much more so than the effect of genetics.  Calf concentrate feed should be offered from the first days of life in order to allow the calf to gradually become accustomed to the feedstuff and to ensure intakes well in excess of 1 kg of adequate quality concentrates per day by weaning are achieved.

The risk of pneumonia

Calves will receive varying levels of protection against many of the common causes of pneumonia for the first months of life from the dam via colostral antibodies.  In 2013, over 60% of all cases of pneumonia diagnosed at post mortem at the regional laboratories were in calves less than 6 months old.  The most frequent cause of pneumonia in all animals submitted to the laboratory for investigation was bacterial pneumonia. Causes of pneumonia in calves commonly include the bacteria Pasteurella or Mannheimia haemolytica and viruses Bovine Respiratory Syncytial virus (BRSV) and Parainfluenza virus 3 (PI-3).  The source of infection can be other animals on farm which emphasises the importance of segregating calves of different ages to minimise spread of disease. Stressed calves are more susceptible to disease such as pneumonia.  Stressors such as cold housing, damp bedding, overstocking and underfeeding can often be overlooked.  Ventilation plays a key role in preventing pneumonia and is often compromised.  Minimising draughts whilst maximising ventilation can be challenging.  Assess this with your veterinary practitioner.  Smoke bombs can be used in destocked houses as part of a ventilation assessment.  As a rule of thumb, if you can smell ammonia in calf housing then ventilation is not adequate.  Always assess air quality from within the calf pen at calf level.  Air quality at the feed passage or above calf level is not representative of that which calves are inhaling.  It is clear that early protection is required on many units when we assess the level of mortality in the first 6 weeks of life. Also, the significant number of deaths which occur from 6 weeks to 6 months of age illustrate the importance of utilising a vaccination protocol which provides sustained protection for this period of risk.  Consideration should be given to incorporating M. haemolytica control into a broadly protective, sustained calf respiratory vaccination protocol.

Vaccination from two weeks of age with Bovipast RSP provides protection against BRSV and PI-3 and also protects against the bacteria M.  haemolytica,.  A second injection given four weeks later provides protection throughout this early risk period.  A further booster dose of Bovipast RSP can be administered prior to winter housing for spring-born calves to minimise pneumonia risk during the housing period.  Conveniently, Bovipast RSP can be administered on the same day as Bovilis IBR marker live.

Decisions must be made by veterinary practitioners and farmers regarding disease control programmes which promote improved productivity, decreased antimicrobial usage and decreased mortality.  This will have the added benefit of improving animal welfare on Irish farms.